With sub-units being the trend nowadays, looks like T-ara is heading that way too!

On March 27th, Core Contents Media revealed, “We are sorting out the details for a sub-unit for Eunjung, Jiyeon, Hyomin and Areum right now”.  Their group name is yet to be decided but they are expected to make their debut in late April or early May in South Korea with the hope to takeover with a national dance trend.

They plan to appear on stage with a dance similar to the Village People’s “YMCA” dance from the late 1990’s that is easy to follow. The song will have an easy and gentle melody and dance.  Their agency also joked, “The song will hopefully be the second coming of ‘Gangnam Style’.”

For this project, T-ara’s sub-unit will work with the new hitmaker, named Double Sidekick.  The one who has made several hit songs lately which includes Davichi’s ‘Turtle’, The SEEYA’s ‘Be With You’ and SPEED’s ‘Sad Promise’.

As common with sub-units, Eunjung, Hyomin, Jiyeon and Areumare expected to present a different image compared to their original T-ara image.  CCM also added, “We want to familiarize the public with them individually”.

Meanwhile, Qri, Boram and Soyeon will focus on their individual activities and they will reunite with the group in Summer with the plan to reach over 150,000 fans for their Japanese Arena Tour.

One thought on “[BREAKING NEWS] T-ara’s EUNJUNG, JIYEON, HYOMIN , and AREUM will make a COMEBACK as T-ARA’S FIRST SUB-UNIT!” 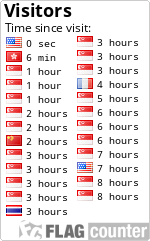